With the aim of disseminating the One Health EJP (OHJEP) scientific outcomes to national policy makers, the first in a series of Dissemination Workshops took place on 27th October, 2021.

The workshops, organised by the OHEJP Science to Policy Translation team, focus on the applicability of the OHEJP project outcomes, and how they can benefit the prevention, detection, and response to One Health threats.

Given the focus on practical applications, the workshops are designed to be targeted to an audience of policy makers and risk managers in the fields of public health, animal health and food safety: those involved in coordinating practical implementation and those involved in wider strategic future plans, but not necessarily with a technical background.

Topics to be covered have been identified by stakeholders, with the first focusing on metagenomics. 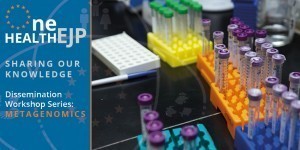 Besides presenting the applicability and benefits of the metagenomic-based solutions OHEJP has produced, the workshop was an opportunity to exchange between the scientists, policy makers and risk managers, and discuss the needs and solutions from the various points of view.

The opening talk was a general introduction to metagenomics by OHEJP METASTAVA project leader, Steven van Borm. Steven took the audience through the full metagenomic workflow, highlighting the advantages of metagenomic techniques in a One Health setting.

Invited speakers, from a selection of relevant OHEJP projects – DiSCoVer, FARMED, FULL-FORCE, MAD-Vir, MedVetKlebs, MEmE, METASTAVA, PARADISE, RaDAR, TELE-Vir, TOXOSOURCES,  led discussions on instances where the use of metagenomic tools was of particular benefit; for example: for the detection of antimicrobial resistance, for detecting the source of an outbreak, for food chain safety, or for diagnostics.

In the final talk, Simone Cacciò, OHEJP PARADISE project, summarised the key take-home messages, highlighting in particular the applications and possibilities of metagenomic approaches, their limitations, and the steps to take to overcome the challenges.

Clear and transparent communication between scientists and policy makers was overall an important point identified during the discussion between the audience and the speakers.

As a point for reference, participants were mailed a follow up report with key information. Further reading on the work of Science to Policy Translation team of the One Health EJP and the Metagenomics Workshop report is available here.

Creating a sustainable European One Health framework by integration and alignment of medical, veterinary & food institutes through joint programming of research agendas matching the needs of European and national policy makers and stakeholders.